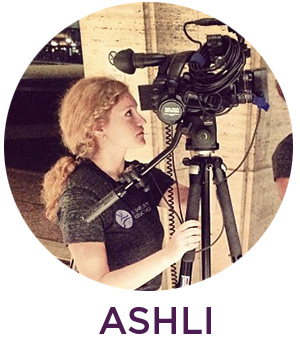 “We’ve filmed lots of Amy Jordan’s dance performances in the past so I’m familiar with her story, but it was a joy to revisit it in this kind of light. I knew she was a fierce woman who overcame these insane obstacles and got herself back on stage dancing, but what I didn’t know was that while she was accomplishing all of that, she also was writing a book and working as a professional public speaker!

I felt very grateful to be able to help expand and promote her message even further with these two other incredible forms of storytelling. Editing a reel like this requires Amy’s team to send us all of the assets they’d like for us to feature. This includes photos, news clips, interviews, dance performances, snippets from the documentary being made about her and previous filmed events where Amy spoke on stage. Once we had all of that, our goal was to showcase her expertise and versatility.

I scrubbed through the event footage that was given to us by Amy’s team and chose moments from each talk that stuck out to me. I used these soundbites as the base to tell her overall story. Then from there I tried to show as much diversity of footage as possible by weaving in my favorite moments from the rest of the assets that were sent our way.

Amy Jordan’s story is so inspirational that it really tells itself. But for a reel like this I try to keep in mind the message I want to portray, which is what you will get if you hire Amy to speak at one of your events. From there, the ultimate goal is to try to highlight that message in the best light!”