I’m excited to announce that I’ll be hosting Kinetic Cinema next Thursday, March 13 at Spectacle about what I love most – filming dance! I’ll be sharing some of my recent dance films with what can only be a great audience (you’re going to come, right?) in a cozy informal setting. 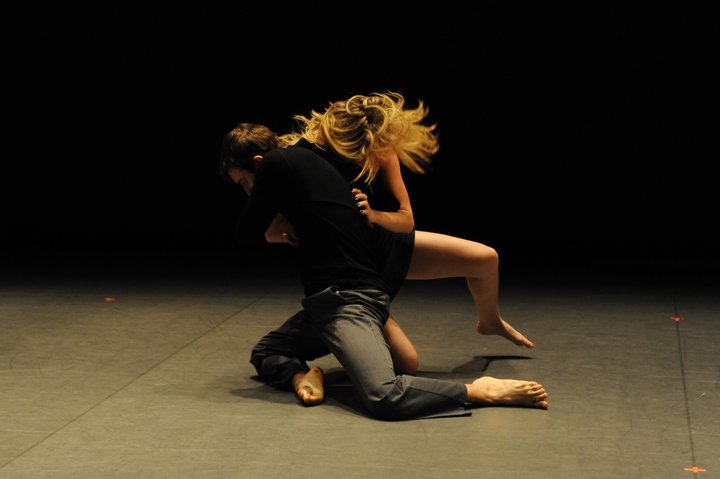 Adam Barruch’s Folie a Deux, film to be shown at Kinetic Cinema

I have always found it a struggle to claim myself as an artist. Over the last 12 years I have filmed dance for two purposes: to document and to promote dance. People would always ask me when I was going to make dance films. I always said one day and in the back of my mind I thought once I do that I will be an “artist.”

Now as I look back over the past twelve years of filming hundreds of concerts and then making a dance film here and there I have claimed myself as an artist. Some projects move me more deeply and inspire me more than others, but what all my work has in common is collaboration, and that is what I love.

Every single film I chose to share at Kinetic Cinema was a result of collaboration and a vision. Whether the vision was there before the project began or didn’t come clear until the editing room, each project teaches me something. The films I chose made me think differently about what I do and helped me make new choices, saying YES to projects in the future.

Here are the details for the event, hope to see you there!

Pentacle’s Movement Media and Spectacle present: Kinetic Cinema: Promoting Dance Through Film
Film screening and discussion of the work and process of Nel Shelby
Thursday, March 13, 2014 at 8pm
Admission only $5