My first EVER half hour special is premiering on Rocky Mountain PBS this Thursday, May 9th at 8:30pm (MST).

The Altitude of Dance was created after filming at the Vail International Dance Festival in 2011 and 2012. This is a dream of mine and it has come true.

For the past two summers, I’ve spent several weeks in Colorado, filming the Vail International Dance Festival.  Christopher, Loren and I filmed and filmed and interviewed and interviewed – behind-the-scenes footage as choreographers created new dances, important exchanges between members of the community and internationally-renowned dance artists, and live performance by dance stars from Wendy Whelan and New York City Ballet MOVES to Carla Korbes to Lil Buck. 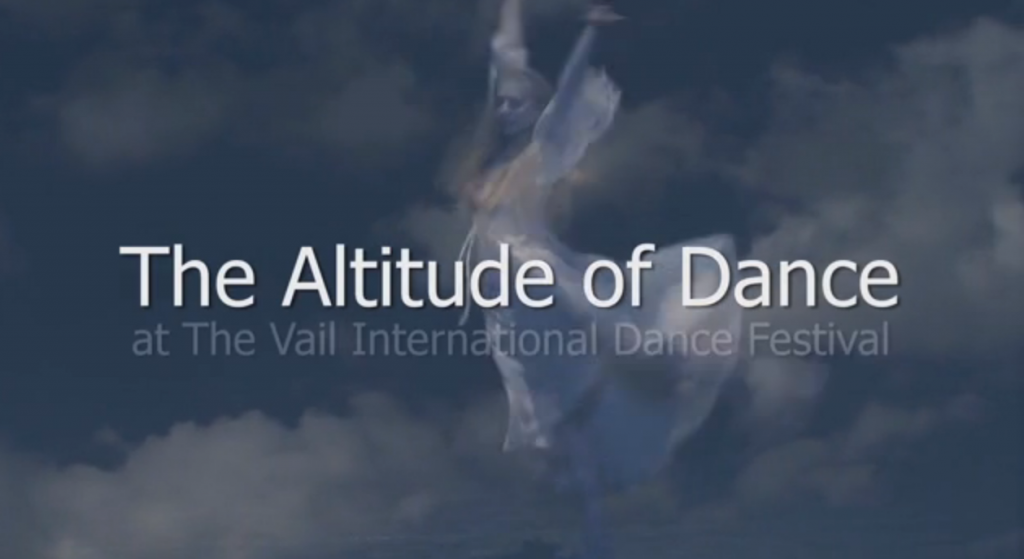 Carla Korbes in a screen shot from my new dance documentary

We actually never intended to create a documentary only short films, but in partnership with Damian Woetzel and  the amazing people at Vail Dance, we have created this beautiful half-hour documentary. Now we can share a glimpse into what I think is truly a magical and very special place.

I have always wanted to create a longer piece for television, so this is extremely exciting for me, and how wonderful that my first dance documentary will premiere in my home state of Colorado, which holds a very special place in my heart. We hope our film will air in other states, too, and we’ll be sending out information about how all of you who can’t tune in this week can watch it soon!